Matt and Shauna Callan, Two PhDs Who Work in the Science Industry

When two MCB graduate students began working together on a simple cell culture project, they had no idea that 10 years later they would be married with two kids and running a brand new business together in regulatory intelligence. Like any college graduate, MCB graduates want to understand what their career options are after the gradate with their BS, MS or PhD.  I spoke with the Callans recently and they shared their career path stories and highlighted several careers they have had working “in industry”. 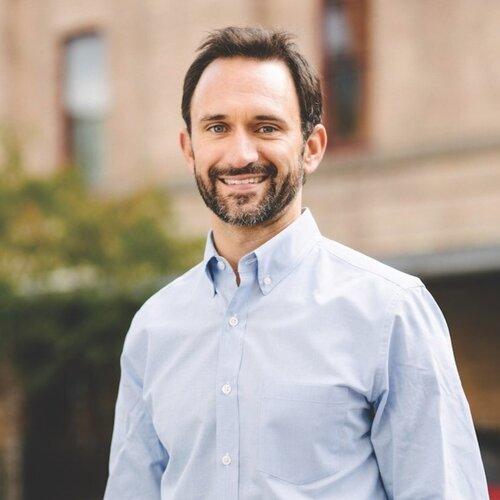 Like many of us, the careers that Jeanne (Shauna) Callan, PhD, and Matt Callan, PhD, are currently in was not what they envisioned when they were undergraduate students. Shauna received her BS in Biology at University of New Mexico and Matt received his BS in Biology with a minor in anatomy, at Colorado State University. Shauna initially started her undergraduate program with the idea of international relations; she liked language and travel. In her freshmen year, she took an entry level biology class as a requirement for her degree, “My teacher was a brilliant artist and I got excited about biology and switched majors! I worked in a lab that studied genetics of bread mold and I loved being in the lab – working with the devices and studying the processes! This seemed like a great fit.” Shauna took a technician job in a lab after her received her BS so she could get more experience. She knew then that she wanted to pursue her PhD. 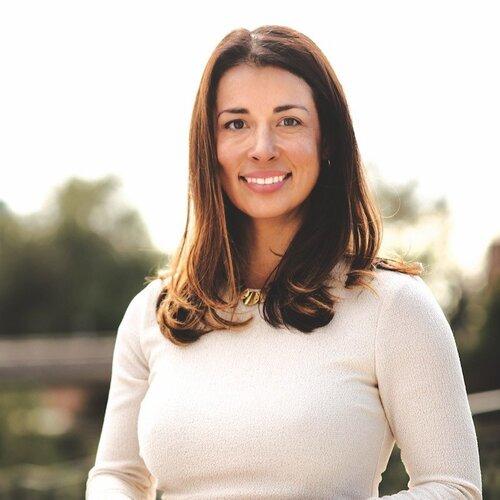 When Matt was an undergraduate studying biology at Colorado State University, he was on the medical school track until he joined a lab for a summer position. That job turned into a two-year appointment after he graduated, where he studied acute myeloma leukemia on a NASA-funded project. “I worked closely with several graduate students pursuing their PhDs while I was at CSU and I decided was the direction I wanted to go.” While he knew he wanted to go to graduate school, he was not sure what he wanted as a career after getting his PhD.

Shauna and Matt both chose the University of Arizona for their PhD program and met while at the University. Shauna studied with Dr. Joyce Schroeder because she was quickly drawn to the field of oncology. “I was interested oncology and wanted to work with Joyce. She emphasized community within her lab and was patient and engaging. It was an incredible experience” Shauna said of Dr. Schroeder and her lab choice. Meanwhile, Matt did his lab rotations his first year and chose Dr. Daniela Zarnescu’s lab, using fruit flies as a model organism to focus on stem cell research. “I logged hours and hours of confocal microscopy on carefully dissected fruit fly brains, which made for some amazing images. The visual aspect of the project was my favorite part, from the phenotypical markers of the underlying genetics in the fruit fly to the 4-color fluorescent and live imaging.” Matt’s work was chosen for the cover image of the Human Molecular Genetics issue that contained his first published primary-author research. Shauna and Matt met through the graduate program when their bosses began collaborating on a project that would involve both labs. They began what would be a winding and exciting path together.

A PhD program is rigorous and takes time. Shauna and Matt both reflected on their programs when we spoke, with great memories of culture and camaraderie as well as the challenges and rigor required to complete their programs. Shauna told me “It took me several years and there were many twists and turns in my project during that time. As a researcher, it’s challenging to confront failure and learn to reevaluate your work, but in the end, I could see a thread that connected so much of the work I had done.”  Matt shared a similar reflection, “For me, it was not an easy endeavor and at times I questioned if it was the correct path for me. When I started my PhD program, I thought there were two tracks – going into higher education as a faculty member or going into industry, but I didn't really know what "industry" meant. During my time at the University of Arizona I realized that I was looking to use my PhD to support an eventual career path in something outside of the laboratory.” While the programs were rigorous, Shauna and Matt formed a tight community with other graduate students. “During grad school, students from multiple labs frequently got together to share research, connect, and unwind. Friday nights often included the meeting of JMST, a collaborative group of students who shared and critiqued each other’s work over pizza and a few beers. We had a great support group and we challenged each other. We are still deeply connected to that group.”

As their graduation drew closer, they both began exploring options for what they wanted to do next. “By the time I graduated it was clear to me I did not want to be an academic,” said Shauna. “I was intrigued by the biotech industry; however, I wasn't sure how or what I was going to do if I ended up in that industry. After I graduated, I was a post doc for a while with Joyce and during that time, I applied to jobs.” By this time, Shauna and Matt were engaged to be married and Matt had landed an offer as an applications scientist at Thermo Fisher in Lafayette, Colorado. The couple moved to Colorado, and Shauna began to apply to both academic and biotech job postings in the Denver/Boulder area. She took a position as a cell biologist at a small startup biotech company in the field of bioengineering in Boulder. The company’s goal was to create products for wound healing, and Shauna’s background in cancer biology had direct applications to wound healing. Both Shauna and Matt were glad to have found jobs in the same area which ended up serving as the springboard for the next several years of their careers.

After about a year, Matt experienced a downsizing across the large company, and was looking for a new job. He still wanted to explore options outside of the traditional pathways for PhD scientists, and so he put together two part-time consulting jobs, one for the tech transfer office at Colorado State University and the other for a Boulder-based biotech venture capital firm. These positions were extremely interesting, as he was constantly being exposed to the latest technological advancements coming out of the biotech hubs in Colorado. Matt found a startup that looked like a perfect fit and became the project manager on a small team of laboratory and software scientists. The position evolved constantly, from product management to operations to corporate development. It was a very busy and rewarding experience and he felt that he now knew the meaning of “industry” for a PhD graduate.

Meanwhile, Shauna left the laboratory position and began a job as a medical writer. She loved the new way to utilize her education and felt like medical communications was the perfect niche for her. She became intimately involved with regulatory intelligence required by both small biotech and large pharmaceutical companies, supplying them with critical information needed to drive product and drug development. 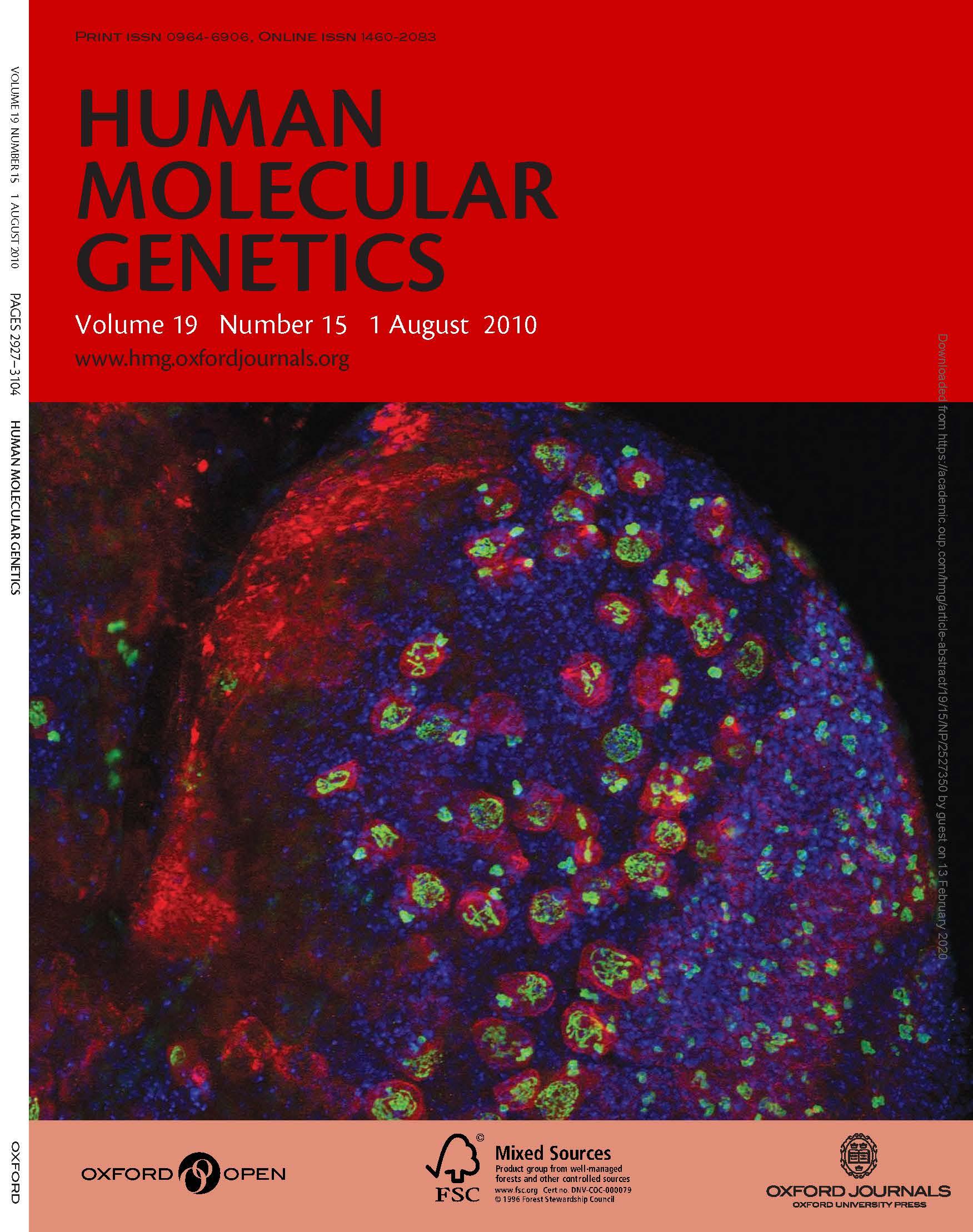 The company Shauna worked for eventually went out of business and the company Matt worked for was running low on funding and downsized their staff, including Matt. They found themselves doubly unemployed and six weeks from the due date of their second child. “While terrifying, it was also quite serendipitous,” says Shauna. “When my company went out of business, there were many clients with work in progress, and many of those clients were people who I'd been working with and with whom I had a great relationship. Matt and I realized there may never be another time when both of us were available at the same time to invest in a risky new venture such as starting our own business – we didn't have much to lose! We decided to combine Matt's business skills with my medical communications experience and start a medical communications agency. We put together a webpage, a small team, and suddenly, we were in business.” Thus, Headwaters Communications was born and shortly thereafter their second child was born.

Headwaters Communication assists life science companies with regulatory intelligence, studying the drugs and biologics market and helping companies stay ahead of a rapidly evolving regulatory landscape. Matt is the Managing Director and Shauna is the Director of Scientific Content.  They hire sub-contractors as writers, copy editors and graphic designers. When I asked them what they would look for if they were able to hire a graduate from MCB. Shauna told me “We look for someone who communicates well and gives me the impression that they are going to be easy to work with and be productive. A resume is one thing, but someone who is easy to work with goes a long way.” Matt added, “I've worked in several positions where I didn't have the exact experience preferred but was able to do the learn on the job quickly and help contribute right away. Being excited and willing to learn is more important that the experience in that role.”

Aside from the core science classes, I asked them what classes they would suggest students take that will help them after graduation. “Take things that are of interest to you. Future employers are probably not going to look at coursework, so take courses in areas where you want to develop skills.” Shauna told me and Matt added “We both try to continue building our education and breath of skills”. For instance, Matt has completed a “mini-law” course at UC Boulder and Shauna has an active membership with the American Medical Writers Association. They say this helps bridge their scientific education with different fields, which was a key component to the careers they now have.

Congratulations Shauna and Matt for creating a successful business and sharing your career stories with us; many future MCB graduates will be inspired by your stories!