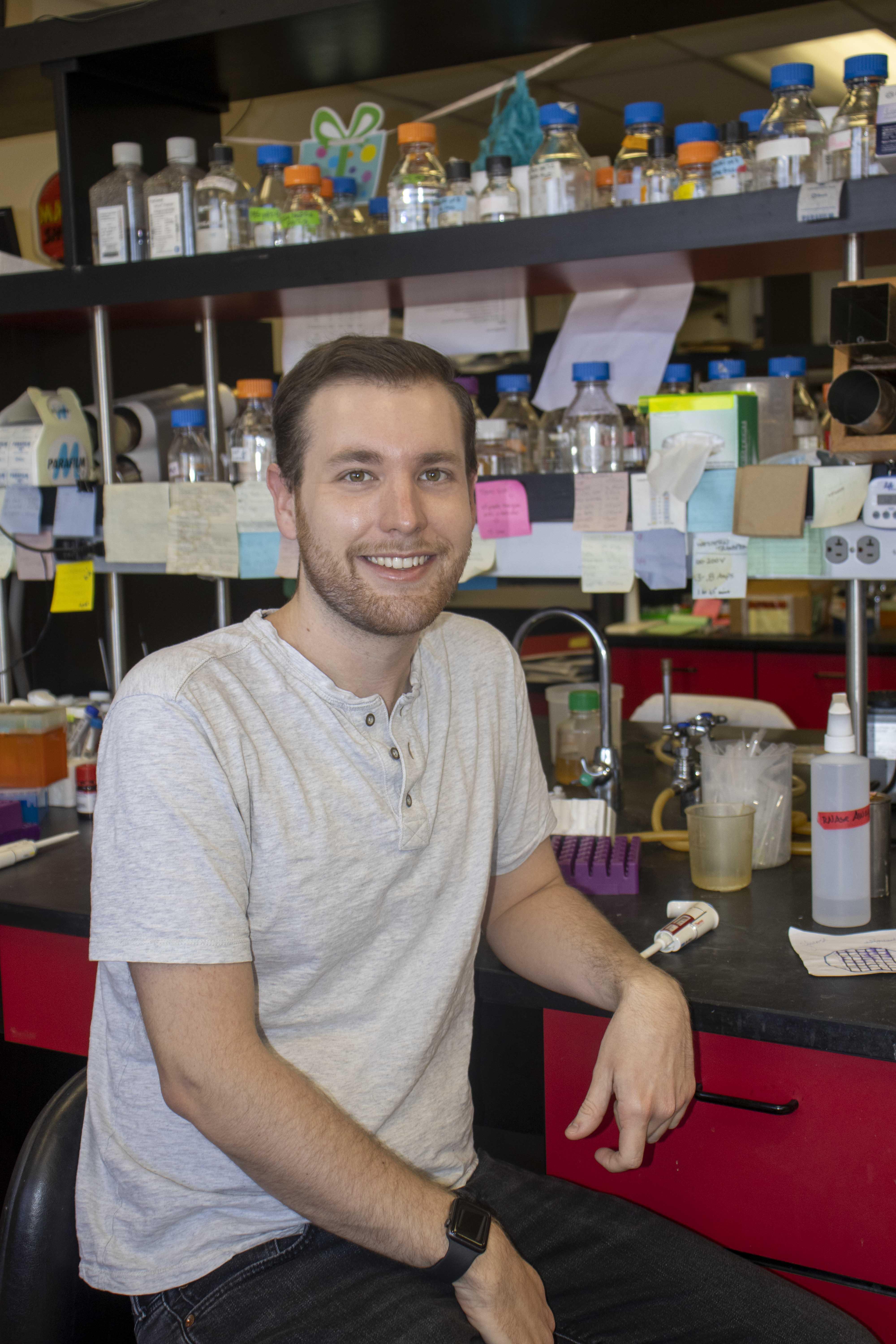 “This award is an honor; I've seen the recipients in the past and I know how much awesome research is being done by my fellow graduate students and I am just amazed I was selected for this award!” Aaron Byrd is a 4th year PhD student. Byrd works in Dr. Ross Buchan’s lab, studying protein trafficking and its relevance to the disease amyotrophic lateral sclerosis (ALS). In ALS, a protein called TDP-43 accumulates inside cells and Byrd is investigating how cells get rid of TDP-43 to hopefully provide more therapeutic targets for drug therapies for ALS patients.

Despite working from home for six months at the beginning of the COVID-19 pandemic, Byrd was still able to continue his research, however, his focus moved from doing his wet lab experiments to analyzing his data. Since Byrd works with yeast, he put all his lab work on hold and worked on learning new computational skills and big data analysis. “I did a lot of writing on my thesis. I probably wouldn't have gotten to these things if we didn't have COVID! A big challenge for me during quarantine was getting over the learning curve and producing something.” Byrd had to learn R and python to do analysis of RNAseq data and perform network analysis. “Now I have the analytical skills to work with the new data I'm producing. However, I will always be a wet lab person. Sitting at a bench and pipetting is fulfilling for me.” He recounts times when he spent three days trying to get a protocol to work and finally it works; “it's gratifying!”

While Byrd and many others who spent their days in the lab quickly shifted to working from home and doing data analysis, it was not without its challenges. “The pandemic showed us how important other people are to us! I had to figure out ways to connect with people while in quarantine. It showed me that I'm not as much of an introvert as I thought I was.” Byrd told me. 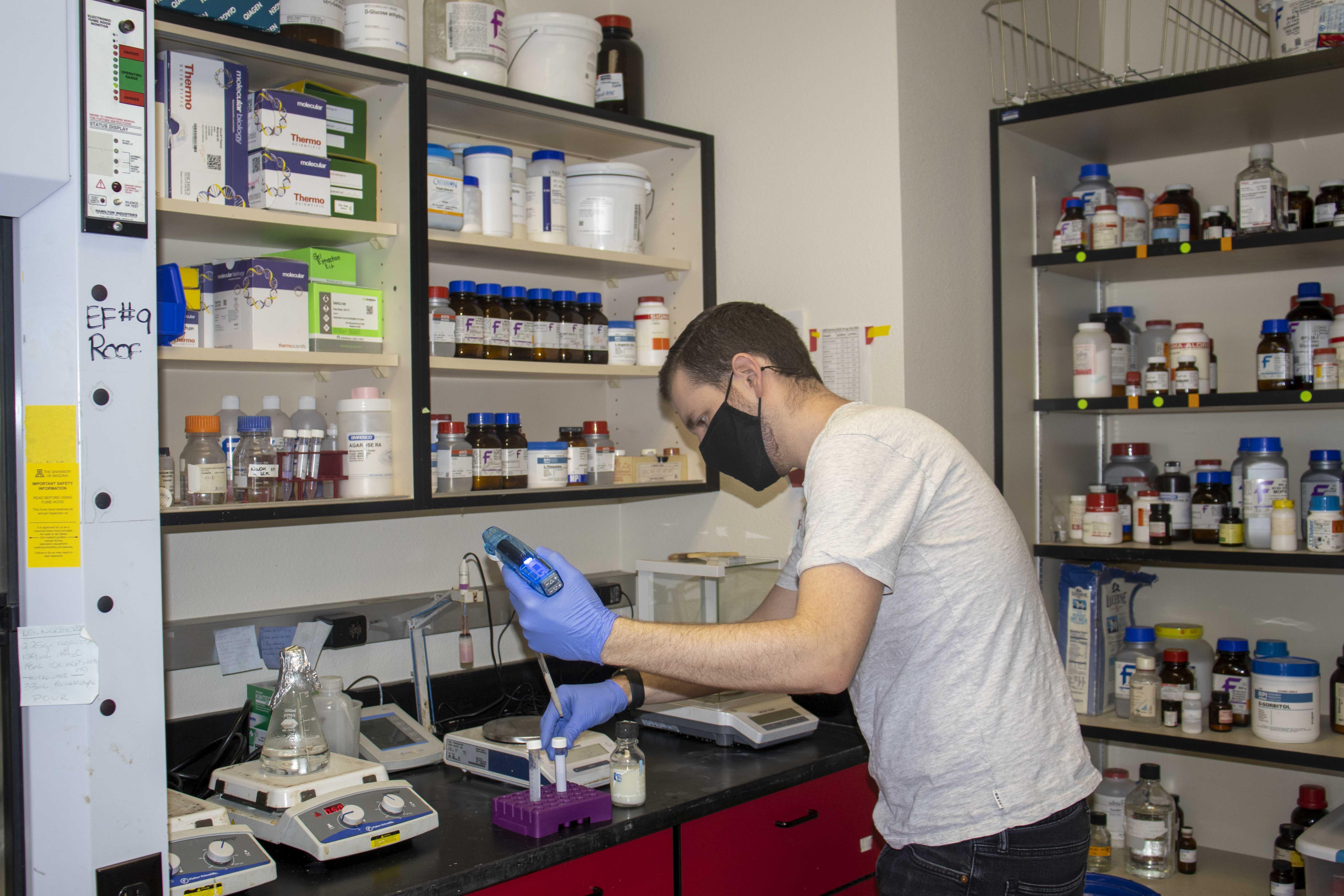 Byrd excelled at math and science in high school and loved these classes. “I went to an alternative high school which was an early college program. I took a bunch of college classes in high school and got an associate’s degree while also taking my high school courses. I took a few college level biology courses during high school and I kept signing up for more biology courses and it just ended up becoming my major.” When Byrd got to college, he knew he still loved science but was not sure what he would do with his biology major. “I wasn't familiar with research as a career, or a career as an academic. I thought I was going into the medical field because I didn't know what the other options were.” During his junior year of undergrad, Byrd got involved in research more deeply. “I felt like I had a foundational knowledge to start asking research question and getting more detailed. Then I got exposed to careers of PhD scientists and a variety of other careers in biotechnology, government, and academia.”

Byrd came to the University of Arizona in 2017 and chose Molecular and Cellular Biology as his major for his PhD. “The whole experience has been great. Every day I get to do science and I can't think of anything else I'd rather be doing.” In April of 2019, Byrd was awarded a prestigious National Science Foundation Graduate Research Fellowship which he anticipates will pay tuition, a stipend and health insurance until he graduates. He plans on doing a Postdoc once he graduates and then he would like to work in higher education. “I want to stay in academia to help people and further the common knowledge. I’d like to work at a smaller university, so I have a chance to mentor students more closely. I don’t anticipate my research changing once I earn my PhD. I want to continue studying neurodegeneration. With our aging population, we have a lot of neurodegeneration issues!”