Andy Chang (2005) "I discovered along the way pharmacology was where my mindset was."

MCB faculty and staff frequently have the opportunity to chat with our current students as well as future students and invariably those conversations include questions from students about future career opportunities. Many graduates with an MCB degree pursue an MD, PhD, or PharmD degree and go on to careers as medical professionals, professors, and pharmacists as well as scientists in public and private industries. Many of students want to know what more about careers that are available in industry or in the business sector. I wanted to talk with an MCB Alumni who pursued this career path, so I recently chatted with Andrew Chang, PhD, PharmD, (MCB 2005). Given his impressive background and earning his BS in MCB as well as dual graduate degrees, Andy had many options available and worked in several careers prior to his current role as a Field Medical at Pfizer. “I knew I didn't want to be a day-to-day pharmacist, and I knew I didn't want to be at the research bench full time. When I did a two-month research sabbatical at Pfizer I found industry to be a nice marriage between my education of research and clinical pharmacy.” 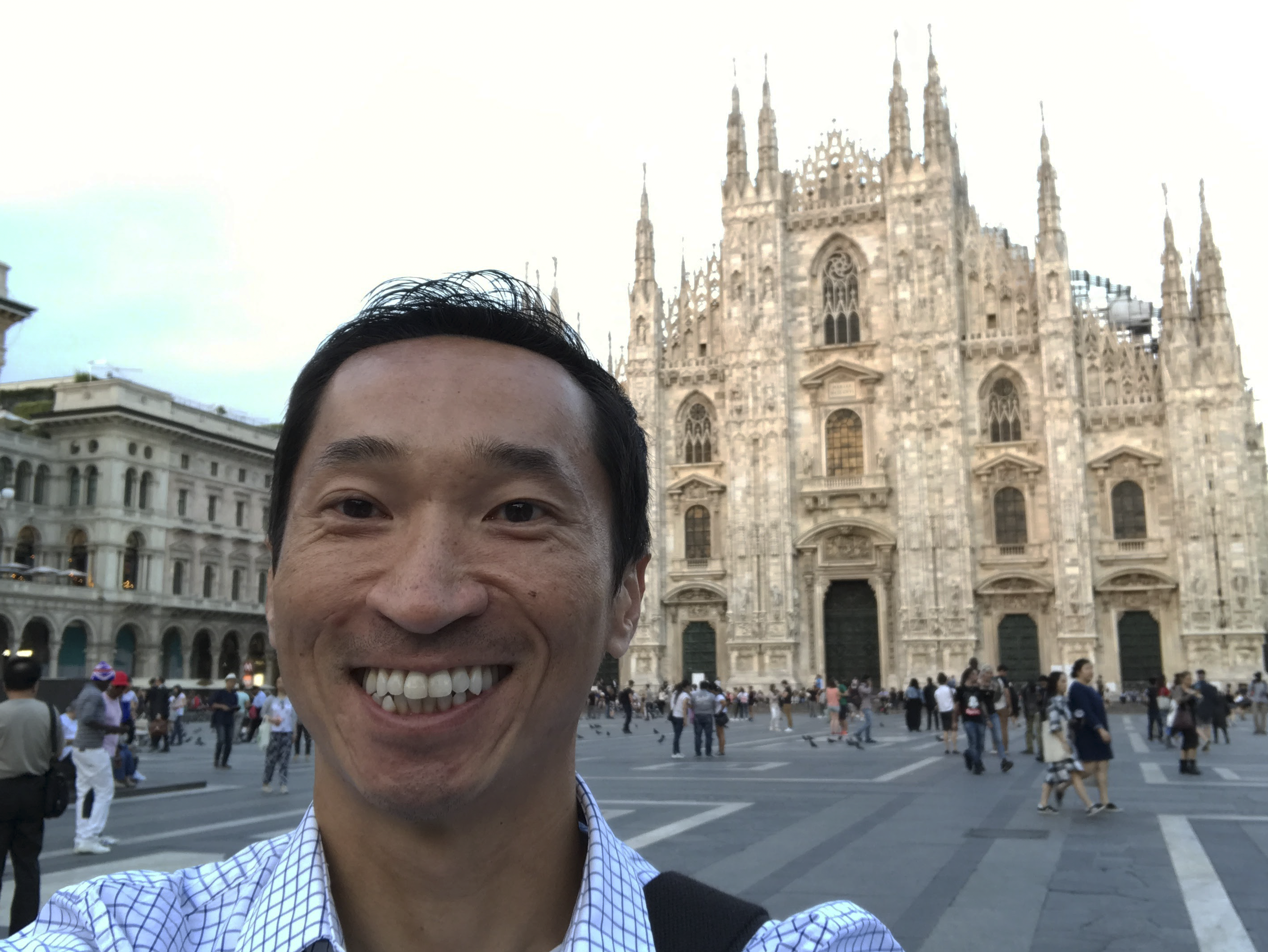 Andy’s path to his current role started as early as his undergraduate years at the University of Arizona. He chose MCB as a major, and knew he didn’t want to pursue an MD, but wasn’t quite sure what he wanted to do after he received his BS. He started working in Dr. Joyce Schroeder’s lab  as a sophomore. “Joyce was helpful in guiding me in to research. Before working in her lab, I wouldn’t have seen myself in research.”  Andy shared with me how important having one-on-one interaction with faculty members was to him. “Joyce was a key figure in my undergrad education. She is student centric, nurturing, and always willing to teach. She taught me what research is. I would have had such a different experience if I didn't have that experience in the lab. It would have just been classes, studying and taking tests. Having a casual conversation with a professor was good. You learn the most when you talk to somebody - you don't know what you don’t know! Having that relationship and interactive conversations is key and vital. It enriches your learning outside textbooks.”

Although he learned a lot in Dr. Schroeder’s lab, his most valuable lesson was learning what it meant to be a scientist, including how to think critically and how to problem solve. During this time, Andy told me, “I discovered along the way, pharmacology was where my mindset was. I talked to pharmacy faculty to learn more about the career. The information that a pharmacist learns is what drew me to it. Knowing so much about drugs, therapies, drug interactions and being a drug expert was an applicable knowledge base and the skillset needed was niche.” Andy believes that pharmacy is so applicable to the world around us and everyone can relate to medications and therapies.

Having narrowed down his plans for after he completed his undergraduate degree, he interviewed with a lot of pharmacy schools. He was accepted into a few and chose UCSD, which was initially lower on his list. “My sister was in grad school at UCSD at the time and I didn't want to go the same place!” In the end, he chose UCSD because it was a good environment in which to learn. When he arrived at UCSD, they presented the opportunity to complete a PharmD/PhD program UCSD had just kicked off. He was one of two students in the newly formed program. While it wasn’t something he planned on, he was happy to enter into the program. “It was a cool opportunity! We get set sometimes in the mindset of ‘I need to know exactly what I'm doing’ but sometimes you have doors open you didn't expect and you grab the opportunity.”

It took Andy eight years to complete the dual degree program. Andy’s career at Pfizer began in 2013 as an Oncology and Clinical Pharmacology fellow where he worked on designing and conducting clinical trials. After 18 months in that role, he was hired full time in the immuno-oncology program. “Clinical Pharmacologists at Pfizer conduct studies for drugs in development such as drug interaction organ impairment studies to understand how to dose modify drugs appropriately when they are used in the real world.”

He enjoyed the clinical pharmacology work and conducting clinical trials that generated the data to create the drug label to healthcare providers but another opportunity came along to be a Field Medical Director in Medical Affairs. He was able to stay in the oncology field, which was his first love, this time in a role supporting the Pfizer oncology research and development pipeline. Sales roles at Pfizer support everything that is FDA approved. The Medial Affairs group he is in is responsible for communication with healthcare providers about what is in the development pipeline. He talks to medical personnel about current drug studies and current research. “I have the opportunity to speak to the thought leaders in the field.  For example, I meet regularly with the leaders in prostate cancer research and treatment in Southern California. I'm lucky to be talking to thought leaders about the treatment of disease because they are on the cutting edge of clinical therapy! Every day is different; I'm the road a lot talking to clinicians and have interactions with people every day.” He really enjoys working in industry because he can do both research and pharmacy. 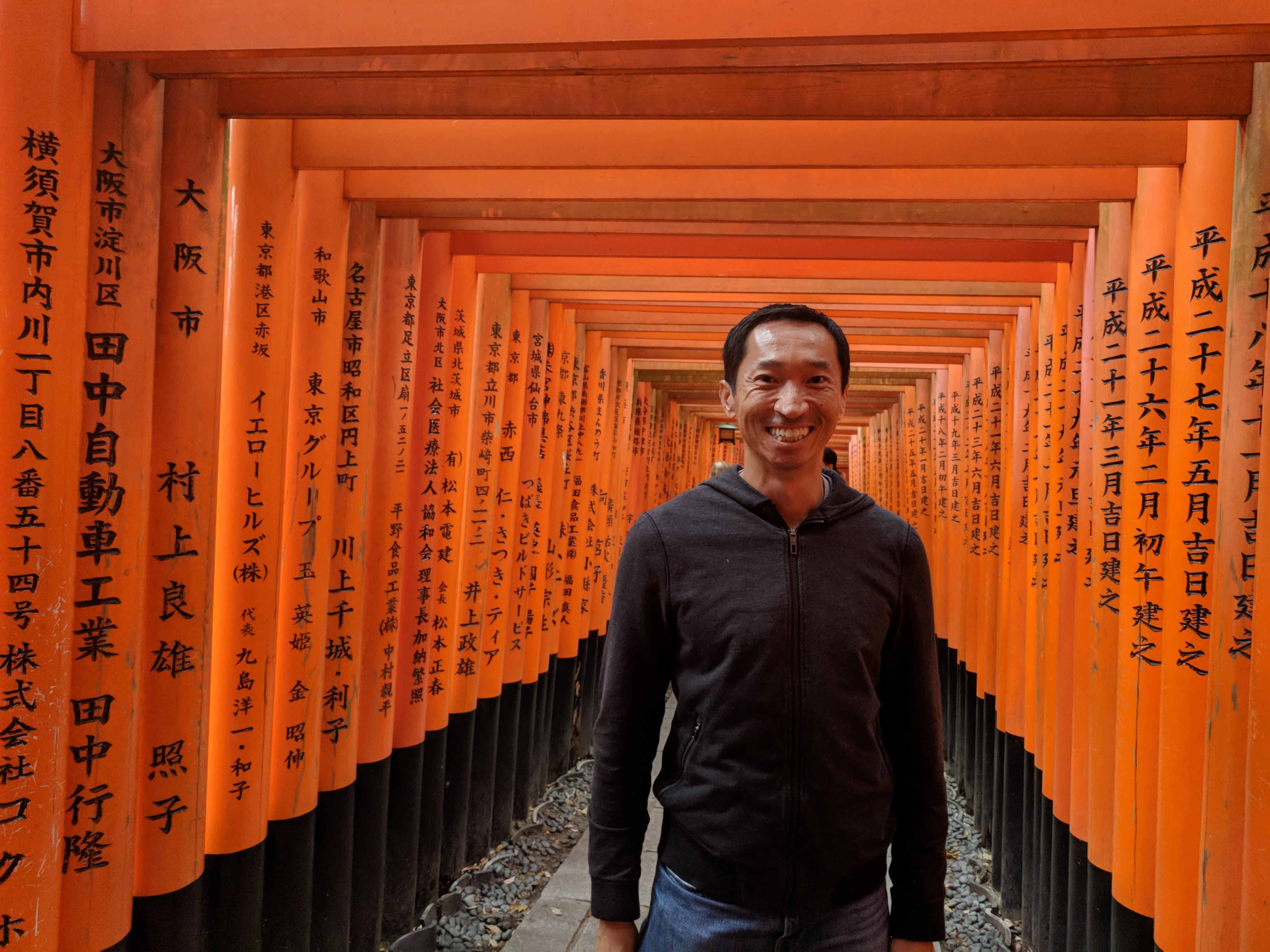 Andy believes the future for clinical pharmacology looks good, that the field is growing and there are always new and interesting scientific questions to ask. “Clinical pharmacology is key and vital in getting generics approved. It’s a new era with biosimilars.” On the Medical Affairs side as oncology moves towards targeted therapies, Andy says “There is so much new science so we have to always be listening to what's new. There is so much more science these days because therapies are more selective and targeted.”

After talking about his graduate school experience and career path, I circled back to his time at the University of Arizona in MCB and asked him what experience in undergrad stands out as helping him the most in graduate school and his career. Doing research in a lab was very important in forming Andy’s future career, as was his experience as an RA in his dorm for three years. “That was a very useful experience. I was able to connect with people and I learned how to problem solve with people in a non-technical sense. I learned how to work with, and live in groups, and learned some early managerial skills.”

When I asked what one piece of advice Andy would you offer to incoming MCB students he talked about the importance of networking. “I hated hearing it as a student, but now I see how important it is!” Andy shared his view of networking which is that networking doesn't mean going to a specific network or mixer meeting and talking to strangers, rather, he thinks of networking as keeping in contact with your friends, co-students and co-workers and building upon exiting relationships. He advised to keep in contact with people you have worked with and put time and energy into that. Networking with people you already interact with is less daunting than going to a meeting where you don't know anyone.

Additionally, Andy suggested students take a public speaking course. It’s very useful if you are going to speak publically and learning the concepts behind public speaking is helpful. It's a good base whether you talk to 2 people or 200 people.” Like most alumni I talk to, Andy suggests students take courses outside their major core curriculum that they are interested in. Andy loved his business courses and it has helped him in his current position which requires more business acumen. “In the real world, you can have all the technical skills, but in order to connect with your manager and colleagues, it's the outside activities that help connect you. People see you as more than just the technical expert. Those things make you more dynamic. Develop these things at the same time you are focusing on core studies; they make work and life more dynamic.”

Thanks for sharing your University of Arizona and your industry experiences with us Andy!